The recreational use and sale of marijuana was first legalized in the state of Colorado in 2012. Since then, 19 other states have joined their ranks in terms of recreational use, with a total 38 states, plus Washington, D.C., Puerto Rico, and Guam allowing the medical use of marijuana. However, as most people know, the use, sale, and possession of any cannabis or cannabis-derived product with more that 0.3% tetrahydrocannabinol (THC) is illegal in the U.S. at the federal level. These state vs. federal discrepancies create something of a legal paradox.

Marijuana legalization is creating the same kind of problem regarding what to do about professional drivers who test positive for marijuana. For CDL drivers, it’s easy. It is prohibited for CDL drivers to use marijuana under any circumstances, even if the substance is legal in the state in which they reside. Even if a driver consumes a prohibited cannabis product in their off hours in a state where it is legal, if they test positive for it later, they may still be in violation of the Department of Transportation’s zero-tolerance policy at the federal level.

For non-CDL drivers, the employer testing is optional. However, if a driver with a CDL license tests positive for marijuana use, they are also prohibited from driving non-CDL vehicles until they pass the return-to-duty test: another drug test administered under direct supervision. Does that all sound confusing? That’s because it is.

Add to this already tangled web of marijuana laws and efforts to keep the roads safe from drivers under the influence the New Jersey Cannabis Regulatory Enforcement Assistance and Marketplace Modernization Act (NJCREAMMA), passed in February of 2021. Among other things, NJCREAMMA prohibits employers from taking adverse employment action against employees who test positive for cannabinoid metabolites in their blood or other bodily fluids.  In theory, this means that an employer cannot refuse to hire, fire, or discipline an employee who has been shown to have used cannabis. However, NJCREAMMA also upholds the right of employers to maintain a drug and alcohol-free workplace. Therefore, the regulation allows employers to make rules regarding the consumption, use, or influence of marijuana or marijuana products while at work.

At the time of the Act’s original issuance, employers could require employees to submit to a drug test under the following circumstances:

Under NJCREAMMA, the term “drug test” has been redefined to mean a process using reliable, scientific drug-testing methods administered at work, during work hours (blood, urine, saliva tests) AND an evaluation of person certified as a Workplace Impairment Recognition Expert (WIRE). If both the bodily fluid test and the WIRE evaluation show the employee is under the influence during work hours, the employer may then take adverse employment action. The problem? The state had yet to issue guidance or training protocols for the WIREs.

To that end, the state issued interim guidance in September of 2022 until WIREs can be identified and trained for each workplace. The interim guidance essentially upholds the previous legislation regarding prohibition of adverse employment action unless evidence-based documentation of physical signs of cannabis use or signs of impairment are present. This stop-gap guidance also provides suggestions to help identify signs of impairment due to marijuana use, according to SafetyNews Alert.

California has also recently passed similar legislation preventing adverse employment action against employees who test positive for cannabinoid metabolites. The New Jersey and California laws do not apply to those in certain industries (including CDL holders, as well as federal agency contractors and grantees) and cannot preempt any state or federal laws that require a clean drug test as a condition of employment. However, non-CDL drivers can theoretically use cannabis outside of working hours within these states.

Drug test manufacturers and concerned employers are looking for ways to test for actual impairment on the job, such as employee tests against their own baseline performance and tests for the presence of active THC, the compound that creates the high, in the blood. Until these testing methods have been established, employers must keep a watchful eye out for signs of employee impairment in non-CDL drivers in New Jersey and California.

Disclaimer: This document and any discussions set forth are for informational purposes only, and should not be construed as legal advice.

The laid-back days of summer are almost over. Over the next few weeks, most schools in the U.S. will be resuming classes for the fall. It’s a time of exciting new beginnings for teachers and students, but it also is a time of greater headaches for drivers of all types. Carpools and buses will soon be flooding the streets again, adding new times of high traffic. Seasoned drivers are likely fully aware of the dangers of changing weather such as earlier darkness, slippery leaves, ice, and snow. However, unless you currently have children attending school, a few school year changes to road safety may not be as front-of-mind. Here are a few safety challenges to watch out for as students head back to classrooms. 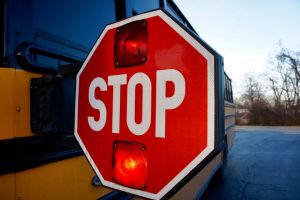 END_OF_DOCUMENT_TOKEN_TO_BE_REPLACED

Meet Your 2021 Employees of the Year! We had so many hard-working employees over the past year, it was impossible to pick just one! Meet all of your winners!

END_OF_DOCUMENT_TOKEN_TO_BE_REPLACED

Whether you graduated from a college or university this past Spring or Summer, if you’re still struggling to find your first post college job, it may be time to switch up your strategy a bit.

END_OF_DOCUMENT_TOKEN_TO_BE_REPLACED

Yesterday kicked off Driver Appreciation Week across the country. With E-commerce continually on the rise, there is no more important time than now to thank Drivers and Logistics professionals for their hard work and commitment to getting the job done! 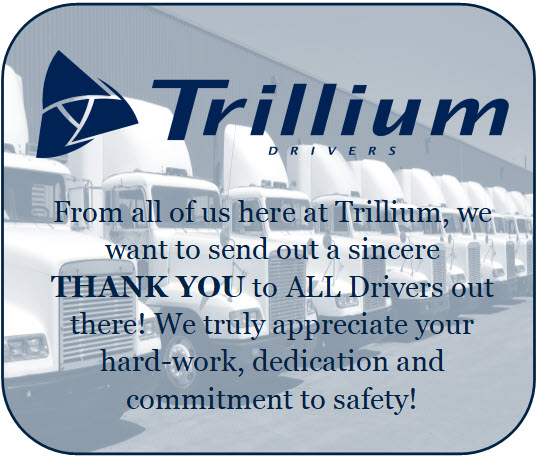 END_OF_DOCUMENT_TOKEN_TO_BE_REPLACED

The time has come for everyone who uses the roads to once again start thinking about the fact that kids are getting ready to go back to school. That means more cars on the roads, school buses in full operation and an army of young pedestrians crossing roads on the way to school. Nearly 22 million students will be getting onto buses this late summer and fall. 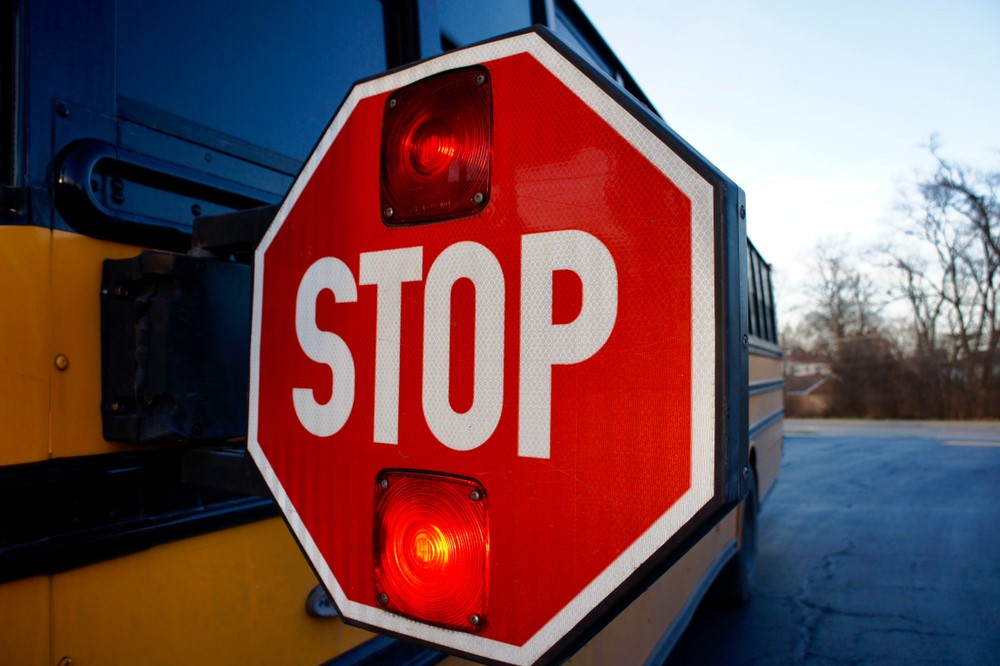 END_OF_DOCUMENT_TOKEN_TO_BE_REPLACED

Let’s keep the good news rolling! René Poch founder and CEO of Trillium Staffing, just announced that Trillium has been ranked by Staffing Industry Analysts as the 26th Largest Industrial US Staffing Firm for 2018!

END_OF_DOCUMENT_TOKEN_TO_BE_REPLACED

If you work in the logistics and transportation industry you have probably noticed a decline in the available Driver pool over the past few years. Why is this happening and is there anything that you can do about it? 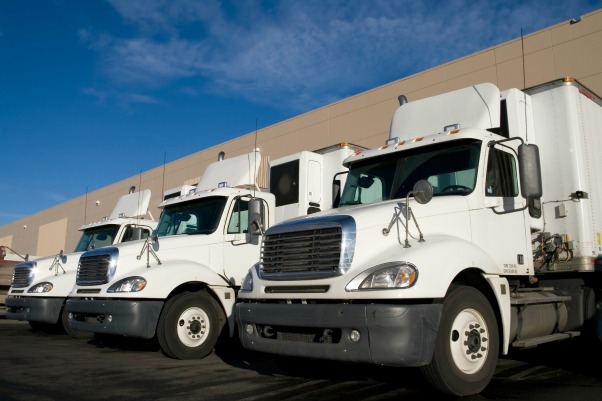 END_OF_DOCUMENT_TOKEN_TO_BE_REPLACED

With buzz words such as “sustainable” and “carbon footprint” floating around, it can be difficult at times to determine which companies are actually making moves to become more environmentally responsible and which ones just seem to want talk about it. 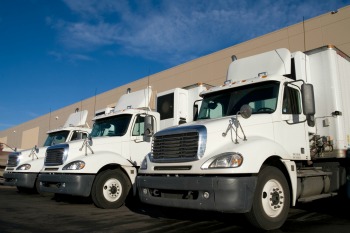 END_OF_DOCUMENT_TOKEN_TO_BE_REPLACED

René Poch founder and CEO of Trillium Staffing, recently announced that Trillium had  been recognized as the 59th Largest Staffing Firm in the United States by Staffing Industry Analysts. 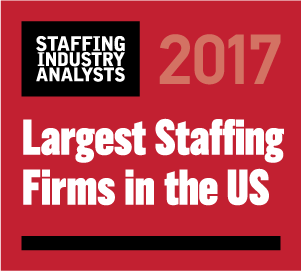 “Many years ago when we started the company we felt that there were a couple of things that we needed to do particularly well. The first was to give great customer service, that means finding the absolute best candidate for the jobs that we have available. Today, we use a partnership approach between our candidates and our clients to find the best possible career matches,” states René Poch, CEO.

Trillium Staffing was founded in Battle Creek, Michigan in 1984, by founder and CEO René Poch. Since that time, René Poch has steadily expanded the employment service to include seven companies with over 95 locations across the nation. Today, Trillium is proud to be recognized as a national leader in recruitment and staffing, providing service to thousands of clients and employees in various capacities across the country.

The organization’s commitment to excellence has been the driving force behind its growth and expansion. Trillium is proud to employ a full time risk management team to help clients identify areas of liability and provide an unsurpassed safety program for their employees.

With a recruitment team of approximately 400 individuals nationwide, Trillium excels at attracting, identifying, and recruiting some of the best candidates in each line of work. Trillium uses the latest technology and sourcing tools available to locate and identify talent for some of the industry’s hardest to fill positions. Trillium employees have access to careers with some of the nation’s leading employers along with competitive pay and benefit options.

“We have the same commitments to each and every one of our employees as we do our clients. We have high expectations and our requirements are stringent. Once you become an employee of Trillium, we’ll do everything in our power to help you succeed and meet your career goals. When our employees are successful, we’ve done our job,” stated René Poch, CEO.

Are you a stand out professional, technical professional, driver, or skilled worker seeking contingent, temporary, or long term career opportunities?  Visit our job board  for more information!  Want to learn more about how you can gain access to Trillium’s national network of professionals and skilled workers? Contact us today!